“State your business or prepared to get winged.”
(Introduction of King Schultz, Django Unchained, 4m18s)

It’s the kind of con you do when being asked ‘how are you?’ on the bus at 5:30AM. Or when your grandmother calls you in the hospital, the day after they took out your appendix. Or what you are telling to yourself after watching Vertigo for the first time: “I’m fine!”

It is day 40 of the French quarantine-orders. The proper term: the Confinement of the French Population. To everybody’s surprise, the government went with the recommendations of the scientific community. As the state, among other shortcomings, failed to mass produce or to otherwise attain the protective gear necessary to deal with this outbreak, we will all stay home for another 4 weeks. Of course, not everybody, but that’s another issue to be dealt with in future deliberations.

Until May 11th, the situation will remain unchanged, meaning that we can leave the house for 1h and move within 1km after printing and filling out 1 form, stating our business. Serious business it is, going grocery shopping, these days.

As I am never getting tired to point out, French/Parisian authorities will make sure that you are aware of the multitude of ill-advised and at times sadistic restrictions of your freedom, but in normal times cheating was easy, as the reach of these authorities is surprisingly low. However, if you have to cheat in order to go for a walk, my emotional response counteracts the purpose of the walk.

With regard to freedom, I am being too spoiled as to enjoy having to TAKE it. If the law and the general public is not in favor of me going for a walk, I would have to re brand my doings as an act of resistance. Under the circumstances, a ridiculous endeavor, suitable only for people who also write angry letters to the editor of a newspaper, or yell at policemen who enfroce parking fees – people I call idiots, in the way Hannah Arendt coins the term.

I don’t want to be an idiot. But now I am forced to think of a reason why I am outside in the world, and it better be a good one. If I need a challenge that gives me purpose, I go mountain climbing. If I go for a walk, however, the whole point is not having to think about my purpose for the time I am doing it. If I have a specific goal it is trivial and often spontaneous, such as: what’s that tree over there, let’s get closer, or: I wonder where this streets leads to, or: this bar is still open, quelle surprise.

We even have a growing number of free world video games, where we can walk out, swim out, drive out, ride out into a seemingly endless world to see what’s in it and perhaps find its limits after all. It is an utterly senseless and joyful thing to do. These creations, very much like parks and easy to access forests, allow for an ignorant and yet appreciative encounter with our environment. Short: if I don’t have to watch my next step, I am in the position to admire any kind of flower.

Being comfortable in public space is one of the best indicators for the quality of that space, as well as it gives away your social status within it. I always found a way of claiming my place in the streets. Being white, male and 6’3 helped me doing so, but also being curious, aware, overcautious as well as ignorant of actual dangers, talkative, unable to hide, passive and, yes, melancholic.

The most powerful way to feel at home somewhere is to make friends with those you meet on your way into the unknown territory. On the contrary, my general approach is to first make friends with the (city-)landscape until I do feel at home enough to actually engage with human beings. Therefore, night-walks are so important. You can find the environment void of human ambition, demands and expectations. The melancholic always finds her way into the world by developing love towards inanimate objects.

I live here since three years. Besides it being a beautiful place worth living in, Paris has also been – to my country boy soul – an overpopulated city, plagued with 20th century traffic-planning and a non-sustainable approach to housing and tourism. I would hear and read that due to gentrification, Paris is becoming a museum, quartier by quartier. I have nothing against museums. I am very fond of them. They also are public space but to a different degree than streets and squares. I find them effortless spaces to be in, very much like the parks and gardens I was mentioning above. However, that accounts for me and that small part of humanity I sort of represent.

One thing I had to learn in Baltimore is that there is indeed public space that I do not belong in and plainly, shouldn’t allow myself to venture in, unless I accept being a shameless perpetrator. Never did I think of doing street photography on my way to the Edgar Allen Poe house, or North-East of the Hopkins Hospital. There are places with a specific cultural history in which my role can never be the one of a Spaziergänger, tourist, or explorer. Where there is no innocent curiosity to be had that would allow me to look around, and to assume the right to discover something.

There is no way making peace with these landscapes without talking to its people first, and having them lay out their map of the territory. Everything else is theft or, at best: appropriation. I cannot say how much I despise the zoo like documentary photography in harsh black and white that shows refugee camps and their subjects. These are professionalized, calculated approaches towards humanity that humanity does not deserve.

And here you caught me, mixing up “going for a walk” with taking pictures in public spaces of different degrees. Yet, it makes little difference to me as neither a good Spaziergang nor a good photo can be had within an environment that says: “You don’t belong here!” In the world before Corona, I could go over to somebody and ask if it’s ok if I take a picture of them. Now I am under the constant impression that I have to justify my sheer presence in public. It is a side effect of the Confinement of the French Population.

The French approach to the pandemic makes punishable what European law and mentality – during my lifetime – did not know, and that is: loitering. Now I have to have a purpose in order to access public space. And not any purpose will do, only what is considered necessary. It forces me to professionalize my existence in realms that were otherwise free from this rational. I need to be a professional grocery shopper, a professional to the dentist-goer, a professional jogger – who goes in circles, of course, as I may not be caught too far off – or a professional pharmacy customer, who has proof that she is sick.

It is the usual capitalist outreach: reducing the individual existence to identifiable and recognizable desires, that the market will meet. Now the playing field for counter discoursive desires has become even smaller. If you grew up some place where public space is mainly used for consumption of any kind, you might feel less bothered. But even the worst shopping mall allows for the kind of detours, I have in mind, and even in the aisle at target, humanity has a chance. A phone order call with a bot, will not change your life. No wonder, amazon and the like can already be identified as the big winners of this crisis.

Last fall, it seems very long ago, I watched a theater piece at the MC93 in Bobigny, just around the corner here. (It could as well be on the dark side of the moon. And being a cultural institution, of course, it is now closed, closed, closed.) The one scene I like to remember from an otherwise mediocre play: the actress turns to the audience and yells at us in a fierce and fiery way: “Qu’est-ce que c’est, une vrai rencontre?” What does it mean, to really meet someone, to have a real encounter? The phrase got to me and now I am constantly thinking, yes, what does it mean to be in the world, how do I meet it? I do have a negative answer to this question now. When I am out in the streets, with my filled-in form in the pocket and the mask on my face: THIS is not it. But I live here, at least, I used to live here.

Where do I live? In my apartment. It is beautiful and we have a garden. I am still white, male and 6’3 and I have a university degree. My fridge is full, I have health insurance and I am able to make rent. I have film left to shoot. I can sit here at my desk and write. But I am in mourning over something I will pathetically call freedom. It probably looks different to you than it does to me. Under the circumstances, we may never find out. 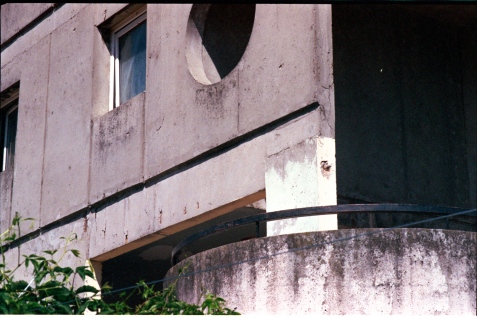 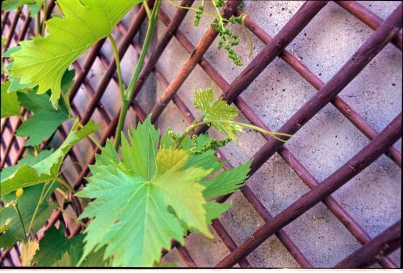 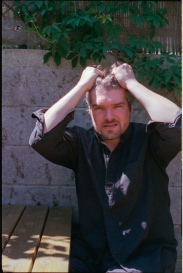 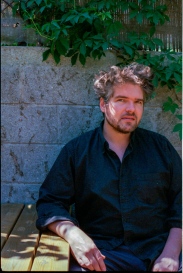 I am relatively fine, in case grandmother is asking.